In our last blogpost, we introduced our bi-weekly happening Tech Talks. Every month, we also host one or two Meetups. We open our office spaces for existing tech-meetups in Hamburg, which then have the great opportunity to organize their meetup in our modern office spaces, get access to free drinks and snacks. As we are happy to host all tech-related Meetups, we named it “Tech-Together hosted by ABOUT YOU”.

Last month, we were happy to host the Laravel Hamburg Meetup. The PHP framework Laravel is often used at ABOUT YOU. Having a common programming language in our backend systems provides us with the flexibility our organisational model MOVE needs. Developers can switch fast from one team to the other without changing the programming language. Also it helps to have successful cross-functional projects as everyone is speaking the same “language”.

The Meetup had a fabulous line-up:

“I’d like to see potential issues in my projects right away by looking at the source code. Therefore I’d like to keep all inspections “green”. Otherwise I would be prone to the “broken window theory”. If I manage to get all inspections on a file to pass, I see a lot of issues right away. The inspections of PhpStorm are being improved with every new release.

In this article, I’ll show you how you can leverage the power of the PhpStorm inspections for your Laravel projects.”

Want to know the whole story? Stay tuned! We will publish Jörg’s comprehensive summary to his inspiring talk in the next days.

The PHP framework Laravel is one the company standards at AY. To have a common programming language in our backend systems provides us with the flexibility our organisational model MOVE needs. Developers can switch fast from one team to the other without changing the programming language. Also it helps to have successful cross-functional projects as everyone is speaking the same “language”.

Besides this exciting deep dive into the technical refinements by a proven ABOUT YOU PHP developer, the participants of the Meetup had the exclusive chance to “meet and greet” the creator of Laravel himself — Taylor Otwell. Over 30 interested developer had the unique possibility to ask all questions in reference to Laravel — and they got answers!

The following, we’d like to provide you with an executive summary of the exclusive Q&A session.

First of all, Taylor shared with us that he’s very happy with Laravel’s current status quo, especially, its popularity within the community. Due to Laravel’s success, he is able to work full-time on it and can even afford a full-time developer for Laravel — Mohamed Said, who lives in Hurghada, Egypt. In fact, Laravel is among the most popular frameworks at the moment. The main two reasons for its popularity substantiates Taylor with the language PHP, which dominates as server language, and the amount of care that was put into Laravel’s documentation.

Since the name “Laravel”sounds interesting, Taylor was asked how he came up with it and what it could mean. Surprisingly, it has no special meaning and the name “Laravel” won over many other working titles. In addition, Laravel’s logo is very unique, too. According to Taylor, it’s an actual representation of a 3D model of the letter “L” from a perspective that caused the cool angled logo made by Fixel.

We were curious about which parts of Laravel Taylor is most proud of. He revealed that in fact, after revising pretty much the entire framework in version 5.3, he is now very happy with Laravel overall. His personal favourites are the queue system, blade, eloquent and many more. Also we asked if in his eyes there is an ugly duckling in there. He said that he would like to see some improvements in eloquent, because it quickly becomes confusing when models have multiple relations.

For those who create packages for Laravel and would like to run integration tests on them, Taylor recommends using the Laravel Testing Helper for Packages called Testbench by Orchestral.

We asked him if he plans to make scaffolding translatable, he said that he thinks it is possible and would love to see a pull request for it.

Moreover, Taylor told us that in the making of version 5.3, he overhauled almost all of the framework by reading and refactoring every single line of Laravel’s components. We asked Taylor what he would do differently if he could start from scratch, but he said that there is nothing! Currently, there is no “next big thing” planned for Laravel 6, he has many improvements in mind, but no specific big new feature. Taylor would like to jump to 6 some time though before reaching versions such as 5.14.

Jeffrey Way created mix which replaced elixir in Laravel 5.4. We asked Taylor, what lead to that. As Jeffrey has been making many tutorials for Laravel on Laracasts, they have been knowing each other for years and one thing simply lead to another resulting Jeffrey creating the surperiour bundler.

Another successful package by Taylor is Spark which has quickly gained a lot of popularity. We asked how many Spark projects are running in production. Taylor said that there are no specific numbers, but thousands of licenses have been sold!

Great talk! We would like to say THANK YOU, TAYLOR again for these interesting insights in Laravel and some background anecdotes.

ABOUT YOU is a tech company driven by the passion to develop the best products. Around one third of …

Optimize PhpStorm for your Laravel projects 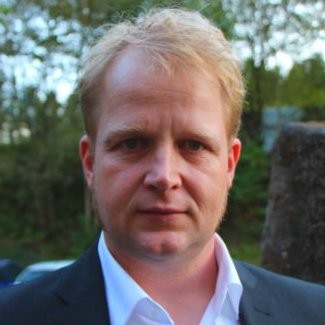